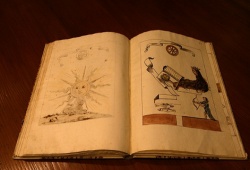 Michel de Nostredame (1503 – 1566), also known as Nostradamus, was a 16th-century apothecary who predicted a large number of divinations and published them in a world well-known book named Les Propheties (The Prophecies). This philosopher foretold many tragic events throughout the history, such as: The heartbreaking ‘9/11 Attack’ event The rise of Hitler. The […]